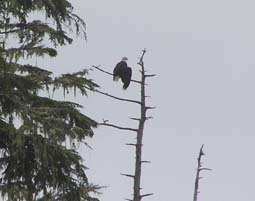 Back in the earliest days of River Spirit we had a member who paddled enthusiastically, and also became a caller. Her name was Dawn, and she really loved being on the water. Unfortunately, her cancer returned, and even though during her treatment she wanted to give up several times, she met the challenge head on, as she did everything. She persisted in participating, and acted as caller when she felt up to it. One day, when she was on the drum, we were heading to the range markers. Not knowing the riverbed very well in those days, we cut between them, and hit the sandbar. The boat lurched, and both Dawn and the drum rocked back and forth until she fell into the water. She was really mad about seeing her hat float away. Sally, who was tilling at the time, jumped in to rescue it, and help Dawn back on the boat, losing her own hat. We straightened up the drum, and Dawn, soaking wet, continued on drumming.
She eventually succumbed to the disease, and we lost a great friend. When we gathered in Baike’s Slough for our traditional carnation ceremony in her honour, we noticed a large and glorious eagle sitting in the tallest tree at the end of the slough, and someone said, “Look, there’s Dawn, watching over us.” We have the honour of the eagle’s presence often when we practise there, even now.